Last Thursday I found myself in an MRI machine getting a scan of my right knee.   25 minutes of staring at the ceiling makes you think about things…a lot.

The Thursday before, I found myself taking a hit from a base runner at a kickball game.  It wasn’t a hard hit, but a hit at just the right angle where something in my knee snapped.  As I was laying on the ground, I felt that pang of devastation as I was sure my running season was over.   Just as I was finally falling back in love with running again, this happens.  FML.  I was just four games away from retiring.

Out for the season, I now found myself captaining from the the sidelines full time.  At least now, I had time to bring my camera and give sports photography a try.

It was a late game, so I was fighting the diminishing sunlight, and with the fast action, there was a lot of motion blur happening.  But I think I got some pretty decent shots: 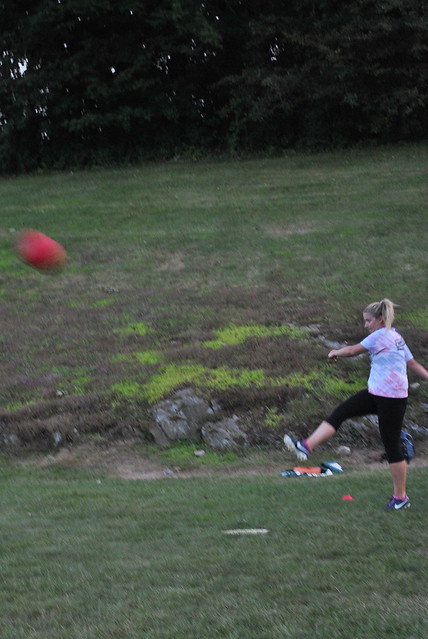 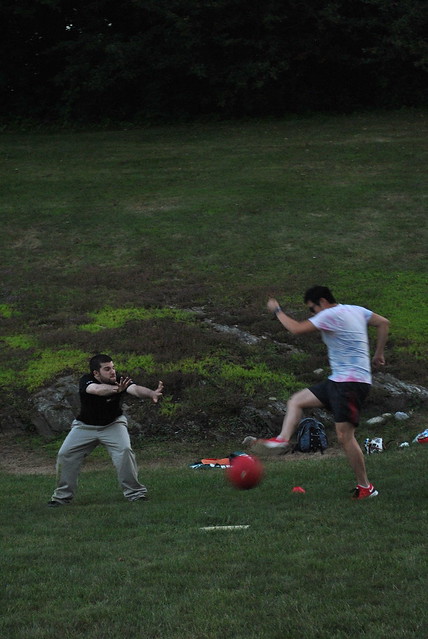 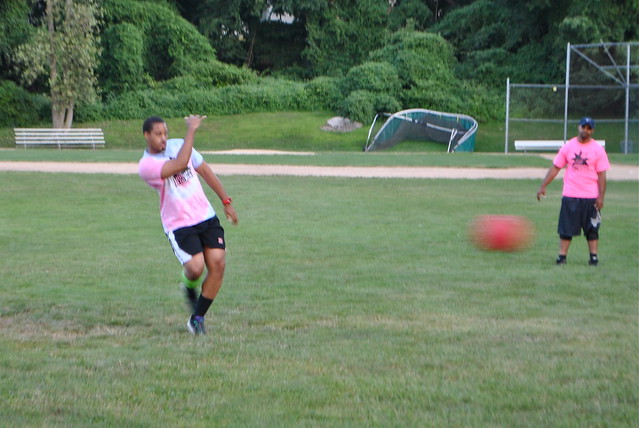 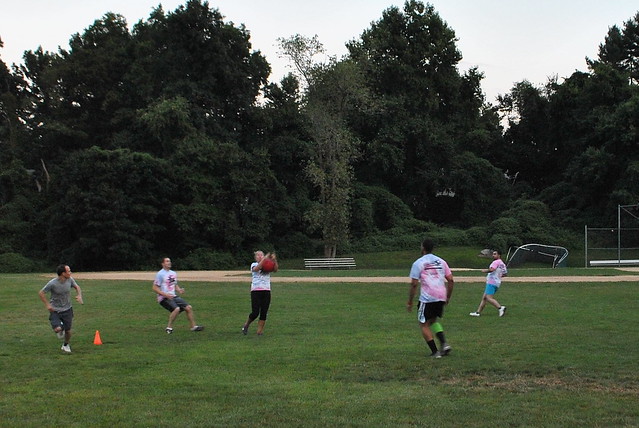 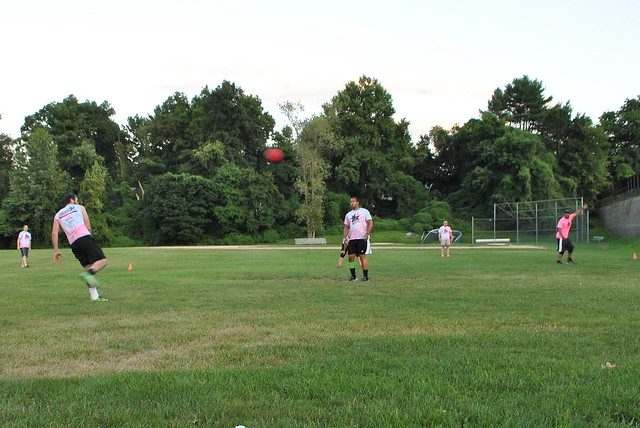 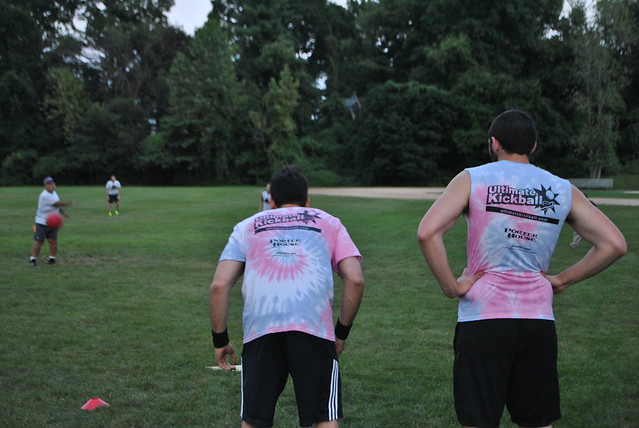 Side note: How awesome are those shirts?  They were all individually tie dyed by the team’s T-shirt decorating committee at the beginning of the season.  Pitches be Trippin!

I still have the playoffs to go, so more may be on the way.  For the time being, the whole set from this game can be found HERE

Engineer during normal working hours...photographer, baker, cook, runner, crossfitter and traveler the rest of the time.
View all posts by chezsylvia →
This entry was posted in Photography and tagged injury, Kickball, photography, pitches be trippin, Running, sports photography, ultimate kickball. Bookmark the permalink.