Chicken Soup for my Chinese Soul 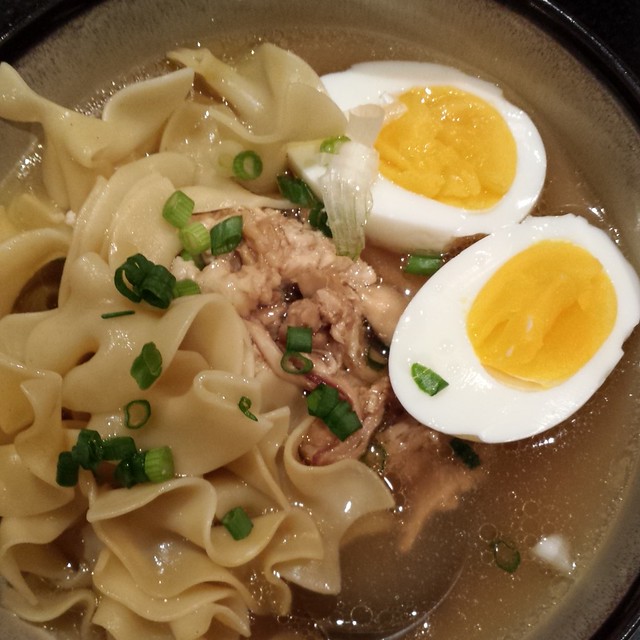 I’ve been watching a lot of Mind of a Chef: Season 1.  In this season, it’s basically all about David Chang, the mastermind behind Momofuku.

Besides making me want to drop everything and eat all the ramen in Japan, watching all these episodes has definitely given me a lot more appreciation for cooking and chefs, while also a great insight into who David Chang is and how easy he makes everything look.

A lot of the dishes he and other chefs illustrate on the show look super simple to make, but we all know if we tried it at home it would not work the same way.  However, there was one dish he made that piqued my interest and I thought…I can do that.

It was his Chinese Chicken Soup, that he made in the episode titled Simple.  Boiled down, it was basically, boiling up a chicken in one pot, and the vegetables in another and you got yourself a soup.  By dressing the chicken separately, it adds an extra layer of flavor to the end product without over cooking the chicken.  So simple!

So, I decided to try it.  With some help from this post by Dula Notes, I made broth that actually tastes like something!  I was proud, and I will most definitely keep making chicken soup like this from now on.

Chicken Soup (Based on Mind of a Chef and Dula Notes)

Break down a whole chicken (about a 4 pounder) and put into a large pot with 16 cups of water, about a tablespoon of salt and tablespoon of black peppercorns and bring to a boil then let simmer for about an hour.

After an hour, remove the chicken pieces from the pot and set aside to let cool down enough to handle.  Once cool enough, remove and shred the meat into another bowl and return the bones and excess skin back into the pot and continue to simmer for another two hours.

Keep an eye on both the chicken and veggie pots and add water as needed during the two hours.

Once reduced, taste and adjust seasonings for both as needed.  Skim the chicken fat and set aside. 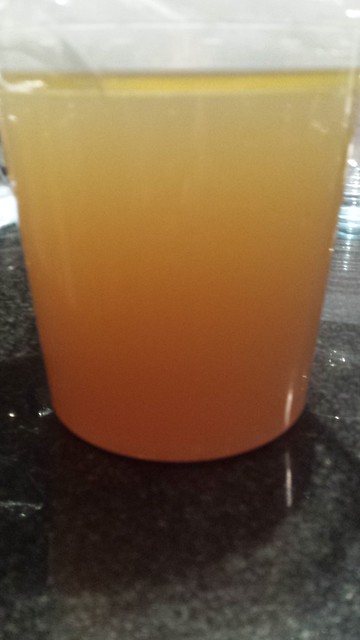 Dress the chicken meat with soy sauce and sesame oil to taste.

Cook the the egg noodles in some broth.  Pile some chicken in a bowl, add the noodles and top with broth, hard boiled egg and some scallions.  Drizzle some of that chicken fat on top for extra yumminess.

Engineer during normal working hours...photographer, baker, cook, runner, crossfitter and traveler the rest of the time.
View all posts by chezsylvia →
This entry was posted in Uncategorized. Bookmark the permalink.